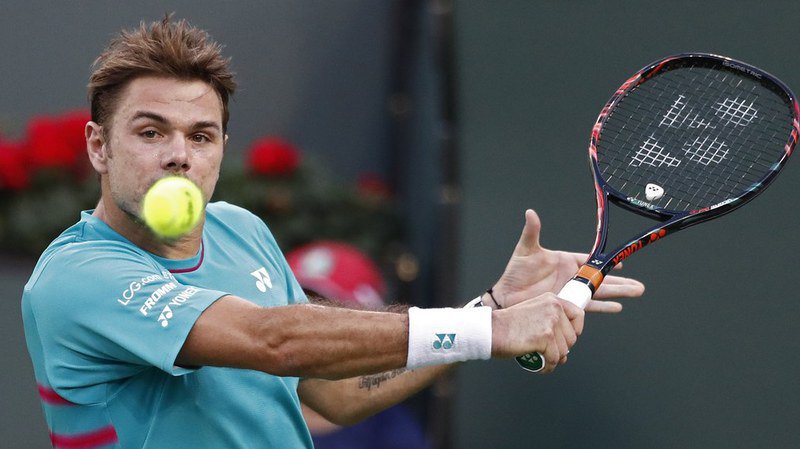 Stan Wawrinka was unable to deny his fellow Swiss Roger Federer a record fifth BNP Paribas Open crown on Sunday. Federer picked up his 90th tour-level title with a 6-4, 7-5 win in 80 minutes.

“He was playing really fast,” said Wawrinka. “He was staying on the line, trying to play fast from both sides. It was tough for me to really get into [the points]. He always had an answer. I had a few little opportunities that I could have maybe done better, but it wasn’t enough.”

Wawrinka is now 1-3 in ATP World Tour Masters 1000 finals. The 31-year-old Swiss won his lone Masters 1000 crown three years ago at the Monte-Carlo Rolex Masters and recorded runner-up finishes at the 2008 Internazionali BNL d’Italia in Rome (l. to Djokovic) and the 2013 Mutua Madrid Open (l. to Nadal).

On court, an emotional Wawrinka said, “I’m sorry. I’m just tired after 10 days, so, sorry,” before jokingly remarking on Federer laughing at him from the sidelines. “I would like to congratulate Roger. I lost a tough one against you, but when you played the final in Australia, I was still your biggest fan. Anybody who knows tennis loves to watch you, so it’s always good to see you back at that level, hopefully for many years.”