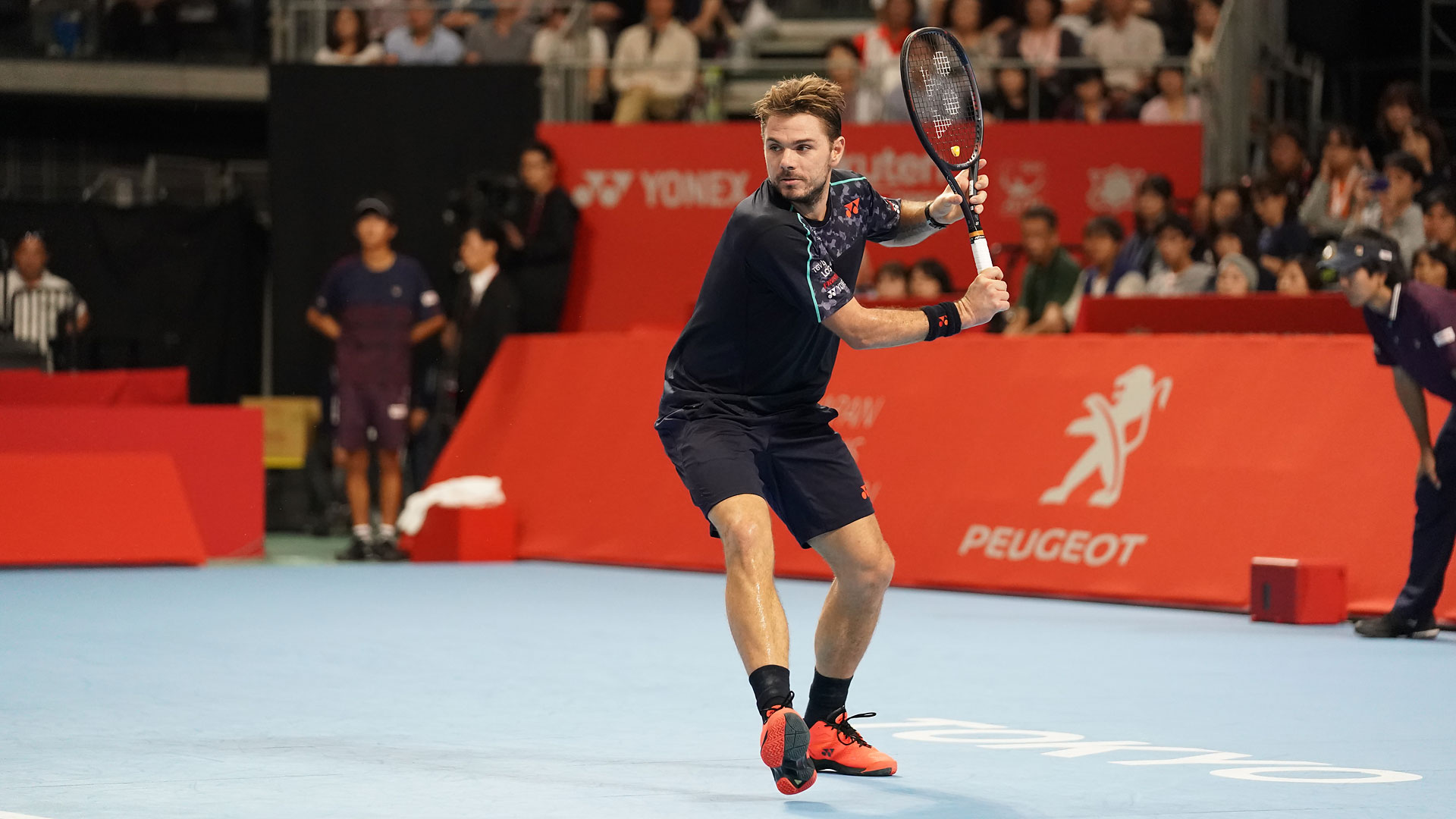 Stan Wawrinka, who has been growing in confidence in recent months, made a second-round exit at the Rakuten Japan Open Tennis Championships 2018.

The 19-year-old Denis Shapovalov knocked out Wawrinka 4-6, 6-1, 6-4 on Wednesday and afterwards explained how he felt in beating one of his tennis heroes.

“It didn’t even hit me until I walked on the court with him and he was on the other side and I couldn’t help but almost smile in a way,” said Shapovalov. “It kind of got to me, I got a little bit tight but I refocused and I thought to myself, ‘Okay it’s not Stan’. It was great to be on the court with him. It’s a dream come true. But it’s one of those memories I’m never going to forget. It’s one of those ‘what you live for’ moments. It’s a great day today.”

Wawrinka defeated No. 60-ranked Taylor Fritz of the United States 6-3, 6-4 in the first round.

The ATP World Tour 500 tournament was being held indoors at the Musushino Forest Sport Plaza in Tokyo this year. The Ariake Coliseum, the traditional tournament venue since 1972, is being renovated in the build-up to the 2020 Olympics.