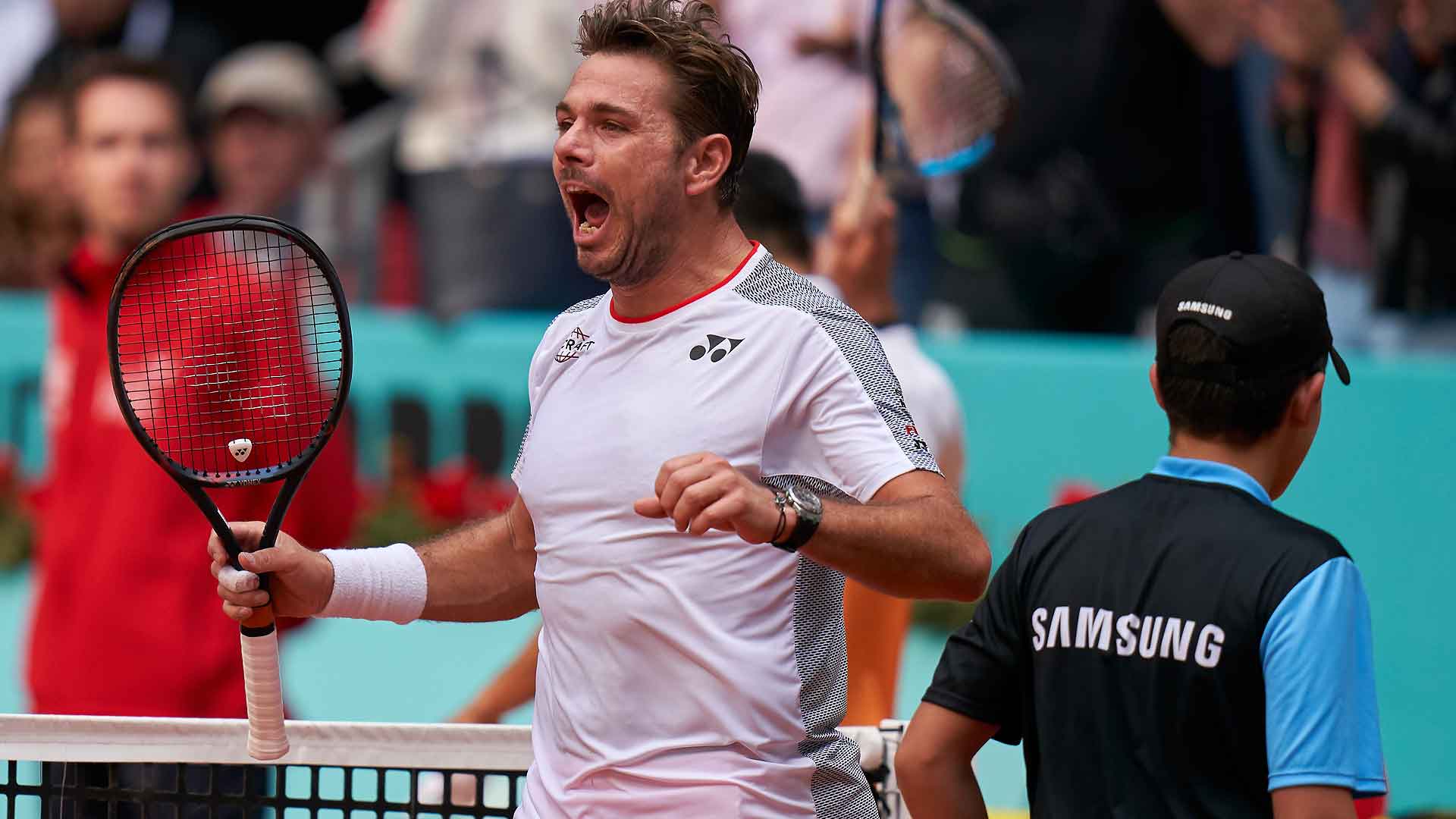 Stan Wawrinka advanced to his first ATP Masters 1000 quarter-final since August 2018 (at the Western & Southern Open in Cincinnati) at this week’s Mutua Madrid Open.

Five-time former champion Rafael Nadal, the second seed, proved to be too strong for 2013 finalist Wawrinka 6-1, 6-2 in 68 minutes on Friday at the Caja Magica.

Nadal admitted, “Wawrinka has won three matches pretty well. He’s been playing really well on clay in the last few weeks and he also beat Nishikori which is also a very tough player. So he was playing really good.”

The 34-year-old beat Pierre-Hugues Herbert 6-2, 6-3 in the first round, Guido Pella 6-3, 6-4 in the second round and sixth seed Kei Nishikori 6-3, 7-6(3) in the third round. Wawrinka also beat Nishikori in the semi-finals of the ABN AMRO World Tennis Tournament in February.

Heading into the Internazionali BNL d’Italia in Rome, World No. 34 Wawrinka has a 15-9 match record in 2019.