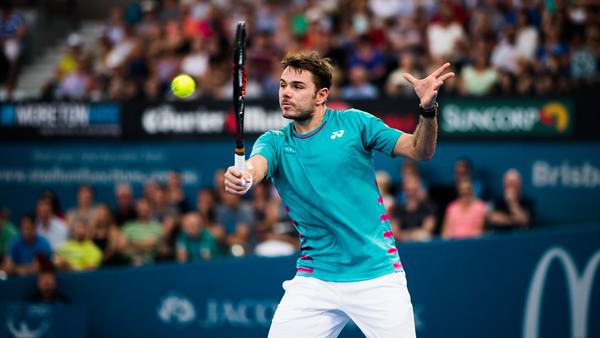 Stan Wawrinka expressed his delight — and also relief — on Saturday that he is back at the Australian Open, scene of his 2014 triumph, after a six-month lay-off due to a knee injury.

Although his left knee is still painful, and he isn’t taking pain-killing injections, the fact that the Swiss star is in Melbourne is a victory for the three-time Grand Slam championship winner.

“For sure I was worrying a lot because I had eight weeks on crutches,” said Wawrinka at his pre-tournament press conference on Saturday.

”I started my first fitness by just walking. The thing is, it’s always complicated when you’re like at that level before, you get an injury, you can get through pain mentally also, you‘re feeling lonely, not feeling good.

Wawrinka has been drawn to meet Lithuania’s Ricardas Berankis in the Australian Open first round. He has practised with Rafael Nadal, Novak Djokovic, Grigor Dimitrov, Tomas Berdych and Gael Monfils over the past seven days.

“That’s something really good from my side, especially from the knee. The knee is getting way better. I still have a lot of work to do physically and also tennis-wise to be to my top level.”