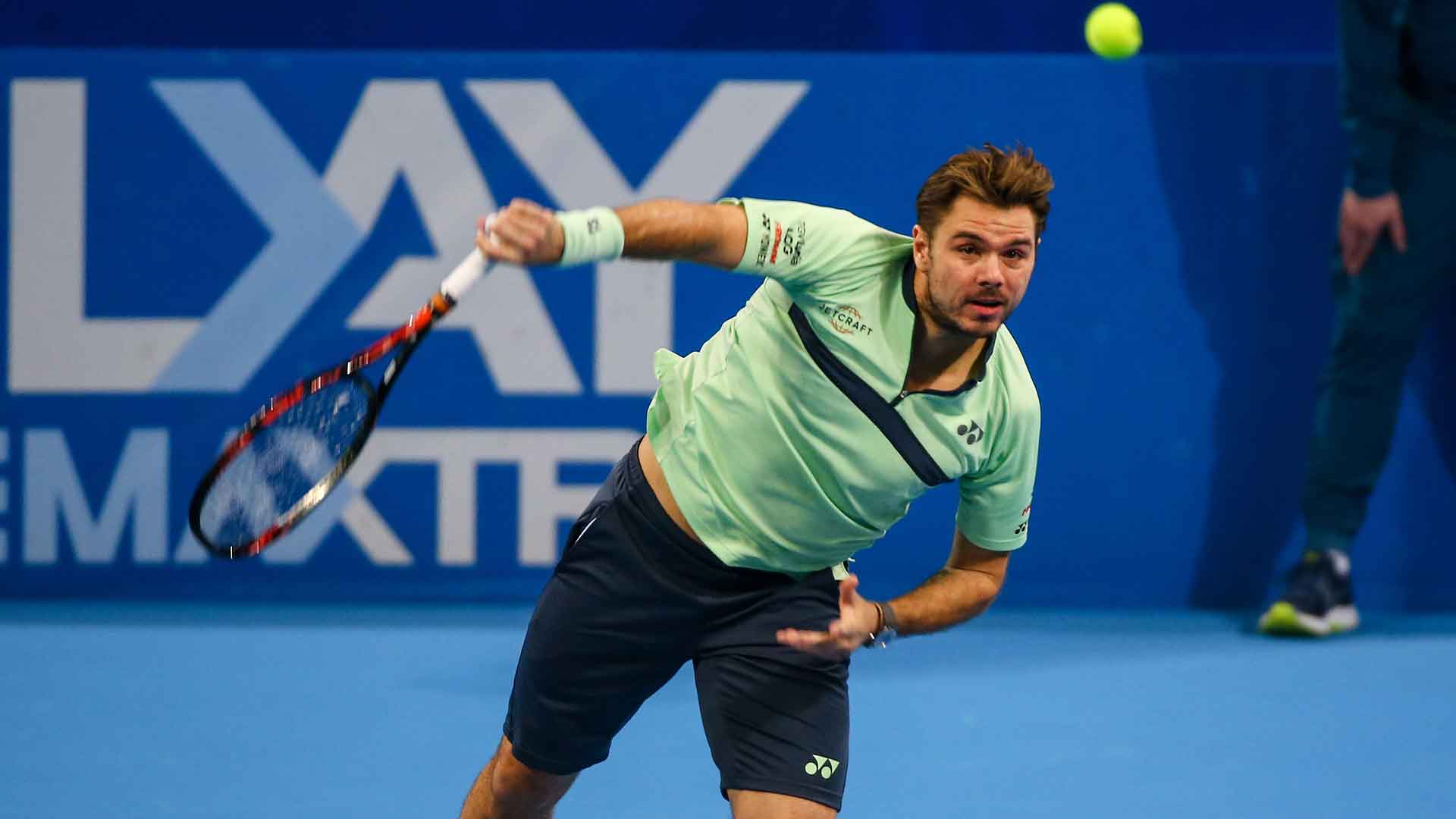 Stan Wawrinka believes he needs more time to get back to full fitness after losing on Saturday in the semi-finals of the Diema Xtra Sofia Open.

“It would have been great to win one more match, but I need to take the positives from this week,” said former World No. 3 Wawrinka. “It was positive to have three matches in a row and win two matches. For sure it costs me more energy to win matches, since I am not used to play matches, but that is what I have to do to get back to my level.”

The 32-year-old Wawrinka recently came back from a six-month injury lay-off due to two knee surgeries last month at the Australian Open.

“My knee’s getting better,” said Wawrinka. “I am really happy and positive after the surgery, it has been six months until now and everything is going really well. I think I am doing everything possible to get back to what I want to be.”

But the Swiss star, currently No. 15 in the ATP Rankings, remains cautious. “I am moving well, I am playing well, but it is part of a process… to play more matches, to become more confident,” said Wawrinka. “There are a lot of things that you have to put together. It is not only about fitness, not only about tennis. It is also about being more relaxed while you play.”

In a tense first set, Wawrinka took a 4/1 lead in the tie-break, but Basic won the next five points. Basic was unable to convert two set point opportunities at 6/4, but Wawrinka double faulted at 6/6 to hand World No. 129 Basic his third chance to wrap up the 49-minute opener.

Wawrinka broke to lead 4-2 in the second set, but Basic recovered courtesy of aggressive play to win four straight games.

After a first-round bye in Sofia, Wawrinka beat qualifier Martin Klizan in the second round prior to knocking out sixth seed and 2016 runner-up Viktor Troicki in the quarter-finals.

Wawrinka will next compete at the ABN AMRO World Tennis Tournament in Rotterdam, where he captured the 2015 title.